Events come thick and fast. Our physical limits are overcome by the unbridled dynamics of the global market, we can´t even reflect ourselves in relation to the boundless economic growth. Objects and humans leave their familiar places and are put on the move – and today again, thousands of refugees have arrived in Europe.

Just as described by Michail Bachtin, we want to visualise mechanisms of economic power and their effects by grotesque conversion, distortion, disfigurement and infiltration. The Tohubassbuuh is an oversized megaphone on a cargo-bike, which is equipped with a sound-system and an also oversized microphone. With this microphone, statues and passer-bys can be animated to speak and sing. Historical events can thus be confronted with the present and also expand temporary current possibilities of expression and topics of reference in the public space.

Before going into the city´s public space though, the Tohubassbuuh will be fed with texts and sounds. The Tohubassbuuh is part of a performative walk through the city and creates new relations between public space, political economy with it´s orders/disorders and the people with their diverse realities of life. 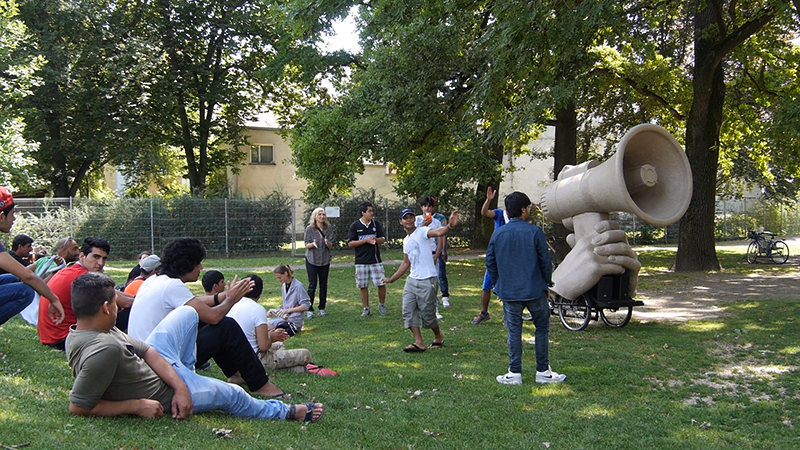 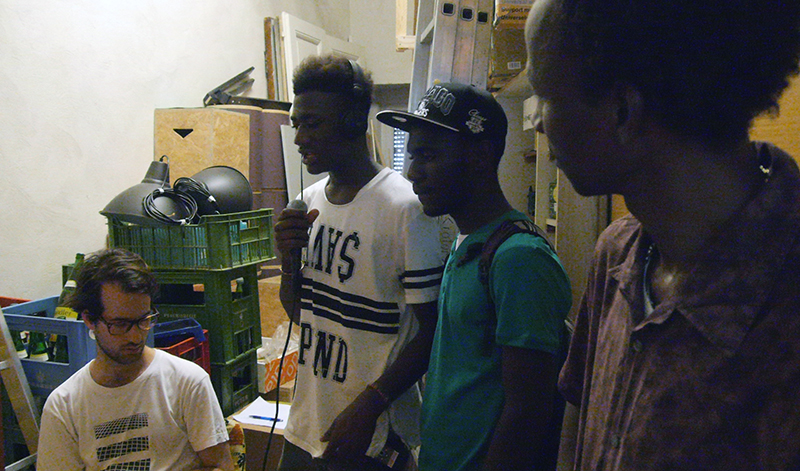 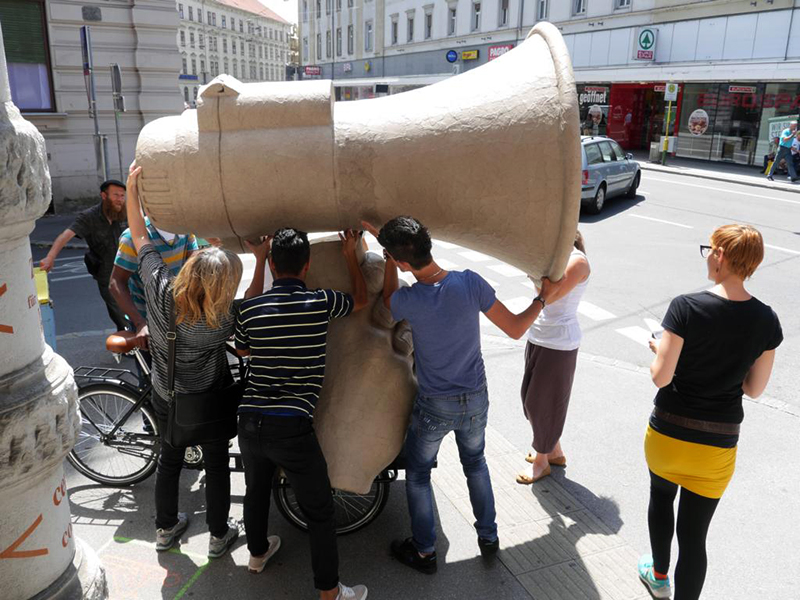 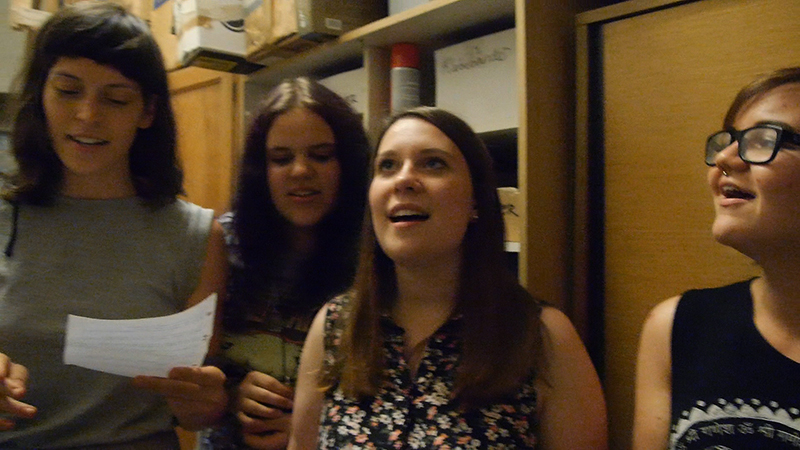 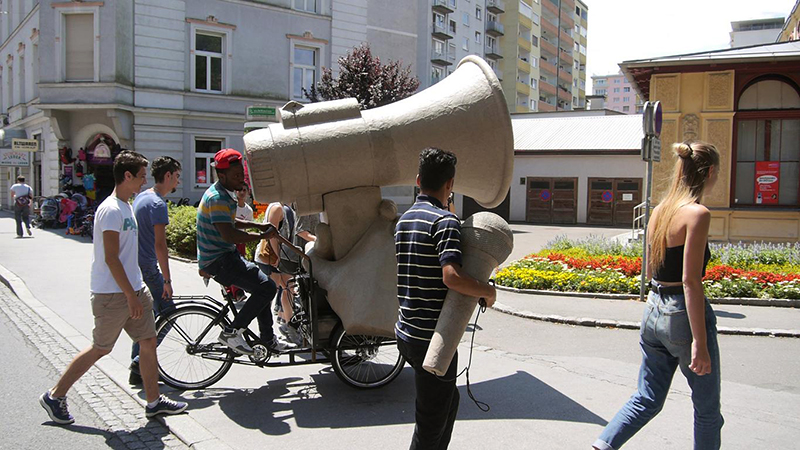 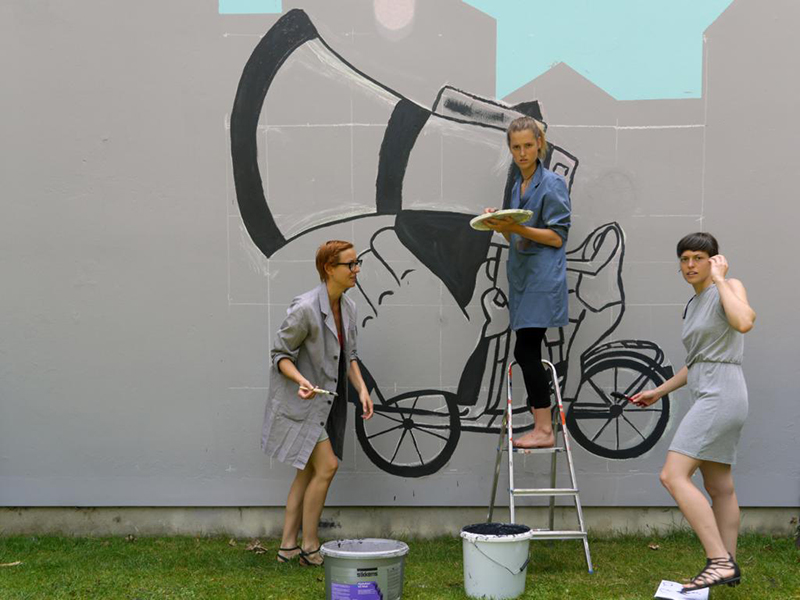 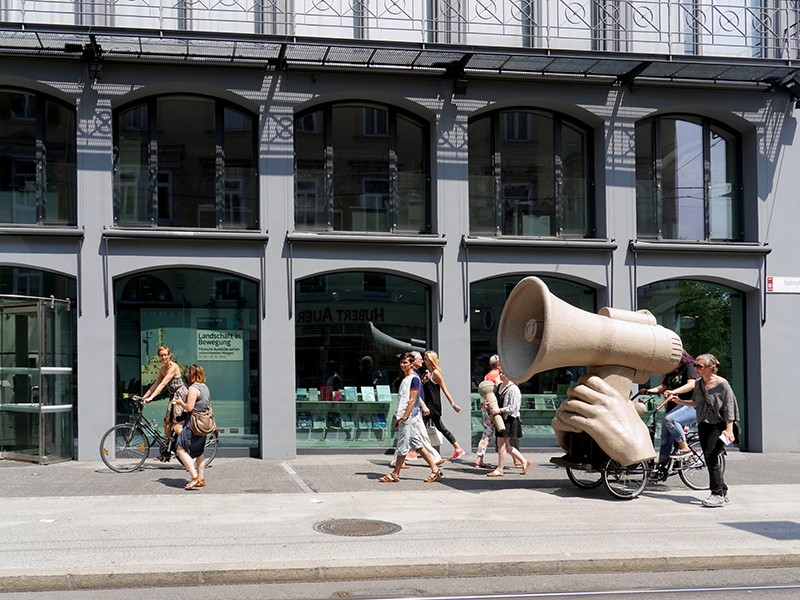 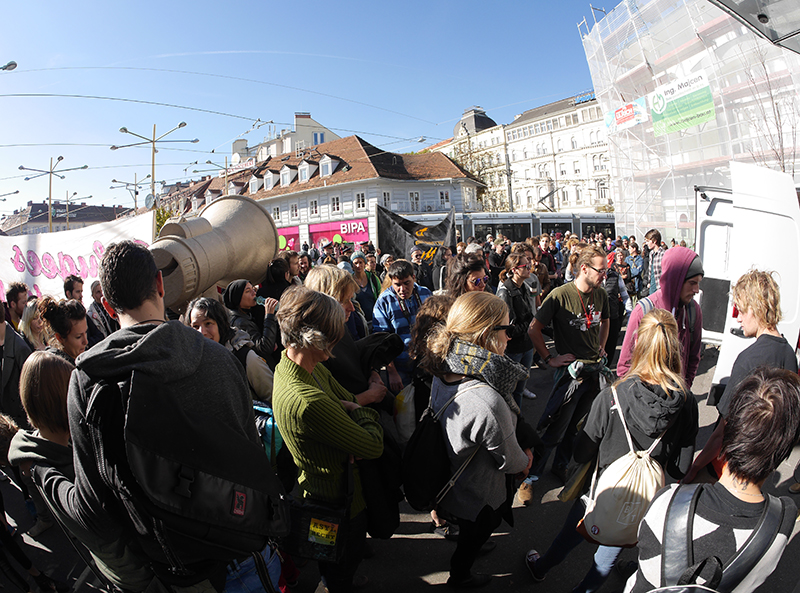 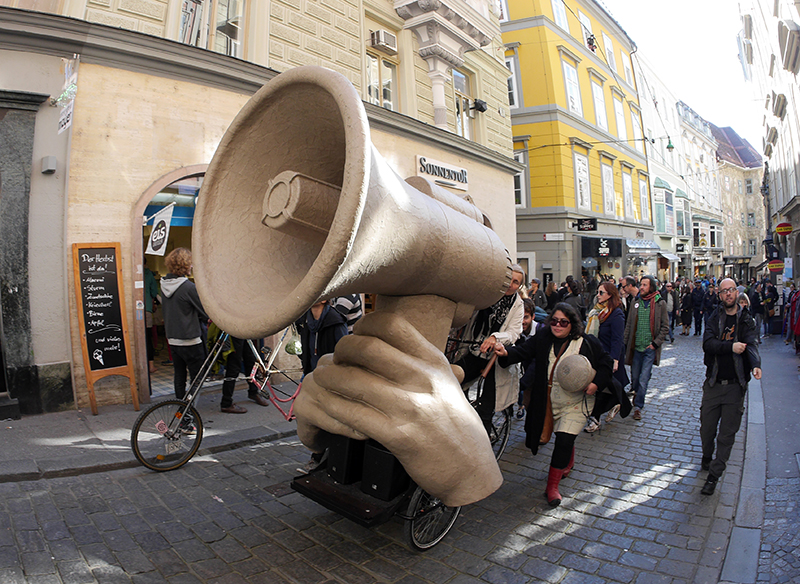 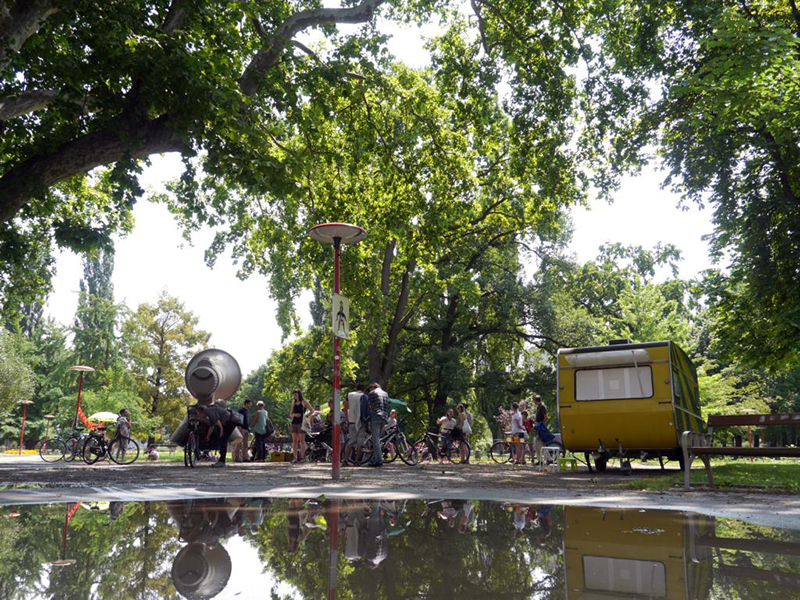 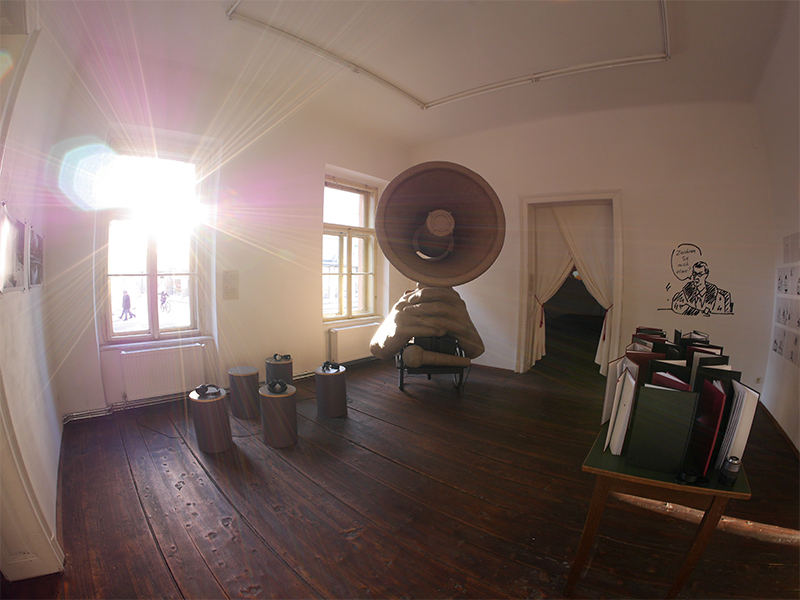