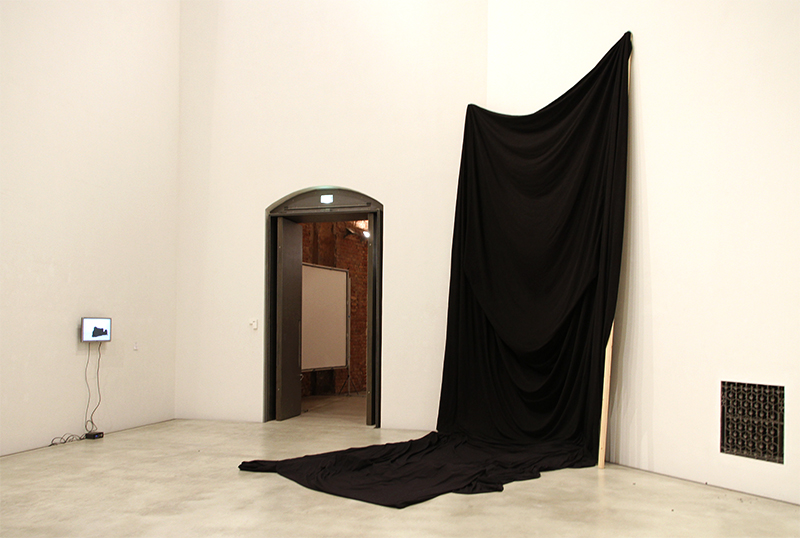 The work relates to the paradox of an “upcoming” future that can not be represented in the present, and yet must take place in the here and now. Activist practices are extremely important in this context, to reflect the antagonism and the demand for a radical democracy.

We can not overlook the fact that we are reaching with the model of liberal democracy limits that affects of all the parts of society: growing inequalities, the domination of corporations, apathetic citizens and global hegemony, some parts of the West show us that democracy is far from its realization Is removed. The creative tension that emerges from the partial, incompatible principles of liberalism and democracy, gives the social model a consensus policy of the middle, without any real confrontation. To this end, the political imagination threatens to disappear completely since the collapse of the Soviet Union. The west-liberal democracy model, on the other hand, presents itself as the only unsurpassable realization of democracy. She seems to have lost the ability to mobilize passions and is a project that is in the main task of managing society. It is precisely in the midst of a massive financial crisis that their inability to cope with the crisis politically. It seems more urgent than ever to think about the successor structure of the capitalist world economy.