The art project HOLY DAMN IT has to be seen as an artistic intervention in the process of a political debate about social alternatives in the international protest and resistance movements against the G-8 summit in Heiligendamm near Rostock in 2007.

Ten international artists and artist collectives will create one poster each. The artistic contributions deal with the hegemonic conditions and current issues about social movements against capitalist globalization: privatization, exploitation of human beings and resources, war, torture, escalating military mobilization from within as well as to the outside as a permanent state of exception, sexist violence and patriarchal as well as racist models of dominance. Moreover, the project deals with the power of global image (re-)production within capitalism, the intended privatization of knowledge, resources, education, social and ecological deprivation as well as the repression of people with different views of an emancipation and solidarity-oriented culture and society. Thus, the project focuses on a different world, which is not only possible, but already lived through interventions of self-organized initiatives and groups from below and within.

Each poster of the ten artists and artist groups will be printed 10.000 times in A 2 format, 4-c, and distributed: The posters will be handed out for free to various groups mobilizing against the summit.

From March to May 2007, there will be presentations of the project in various cities (see below), mostly in art institutions which operate strongly in-between art and politics. There, the posters will be available to be taken home for free. Depending on the institution, there will also be thematic events linked to the project. 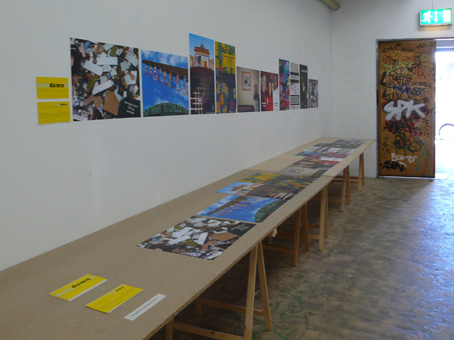 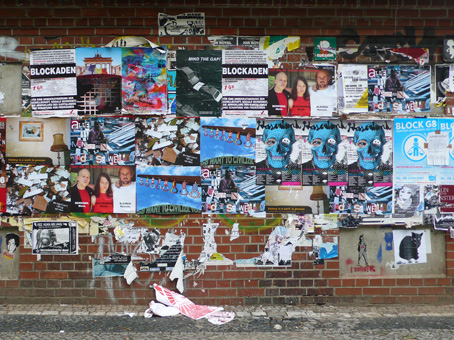 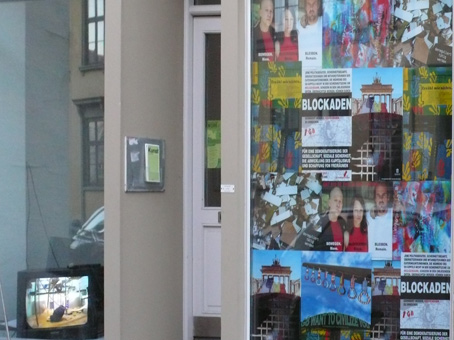