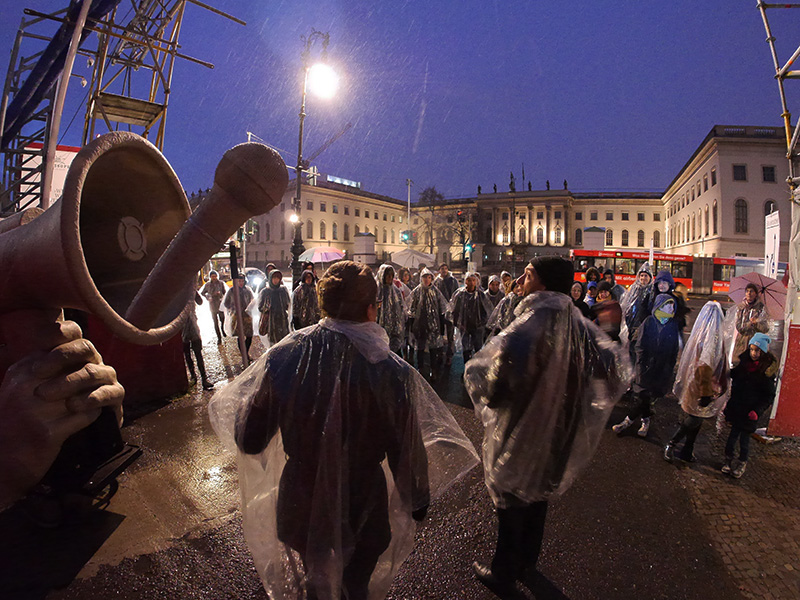 In the exhibition and during a performative walking tour of the city with their Tohubassbuuh, an oversized mobile megaphone, bankleer bring sounds and texts about fleeing and its reasons to collide with the present. In this way, the artists create new relationships between public space, political-economic (dis)orders and the people who act within it. Stationen are Hegel, Friedrich der Große, Staatsoper unter den Linden, Kronprinzenpalais, Schlossbrücke, Schloß und die ESMT Berlin business school. 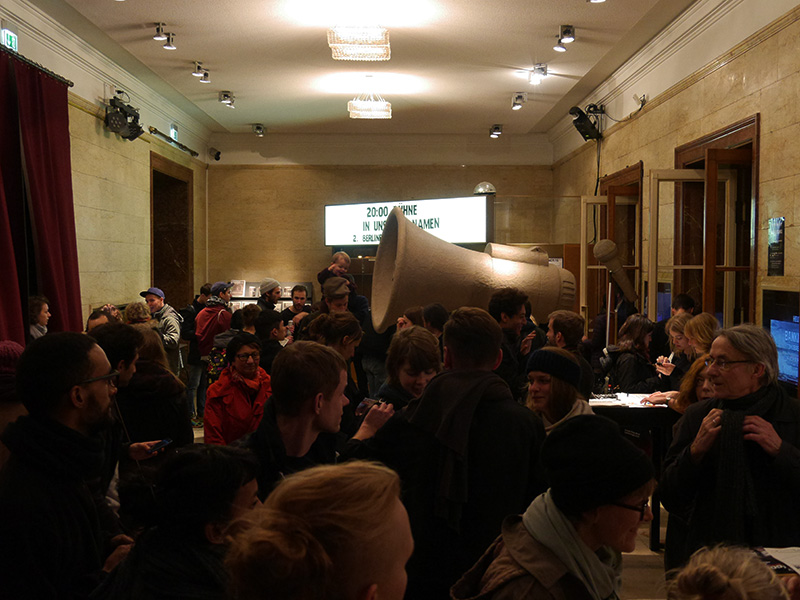 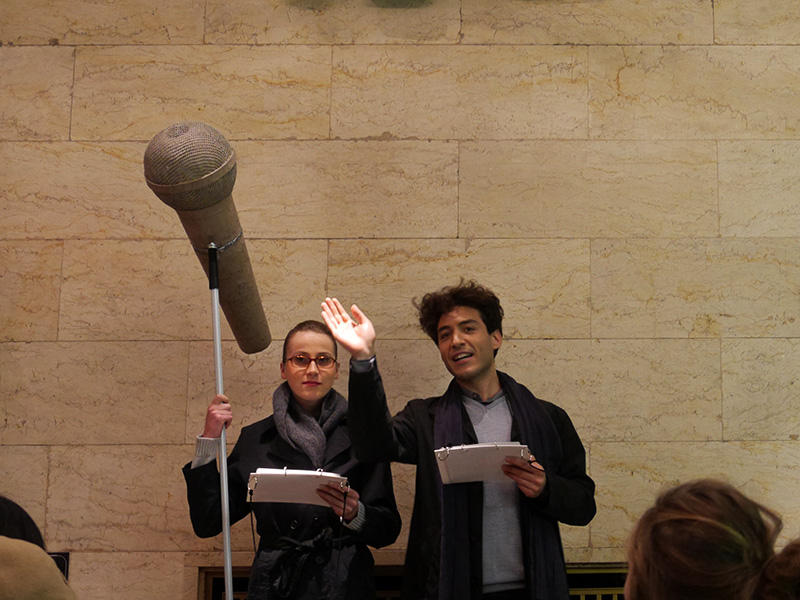 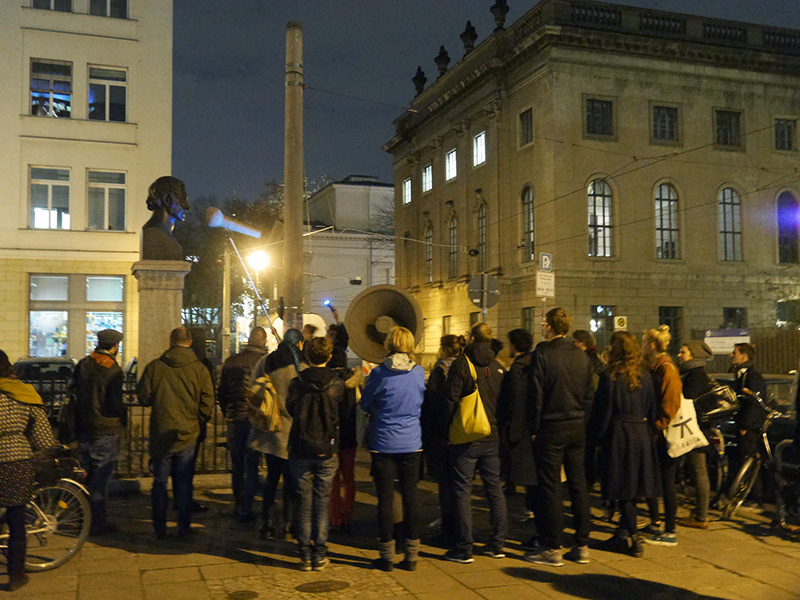 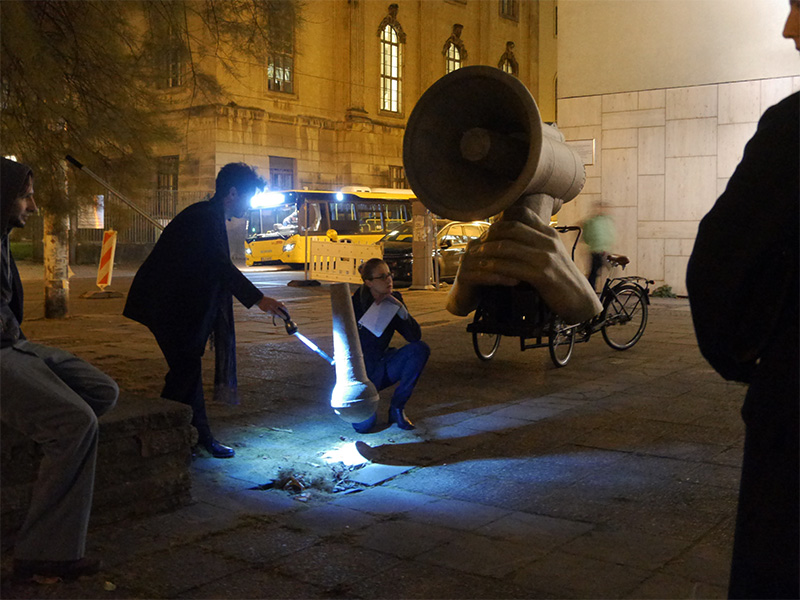 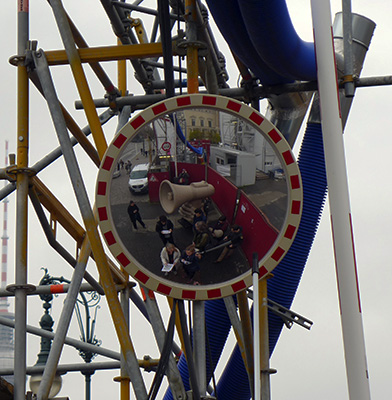 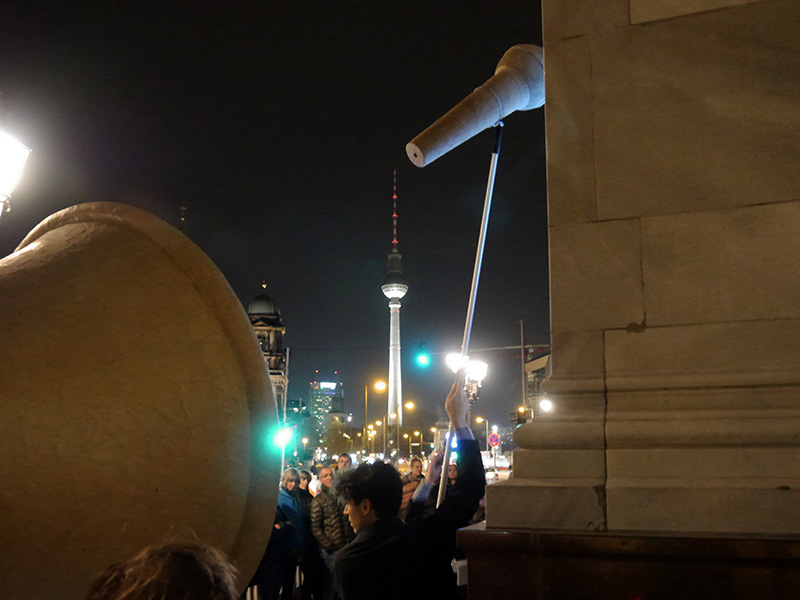 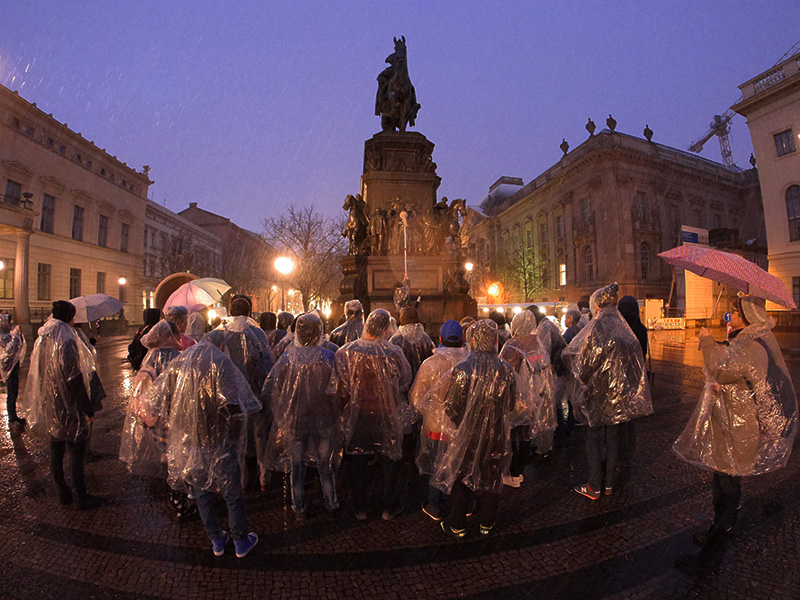 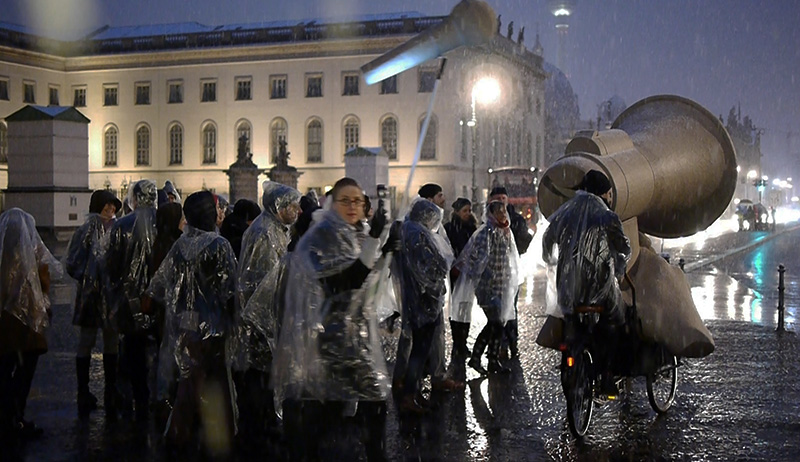 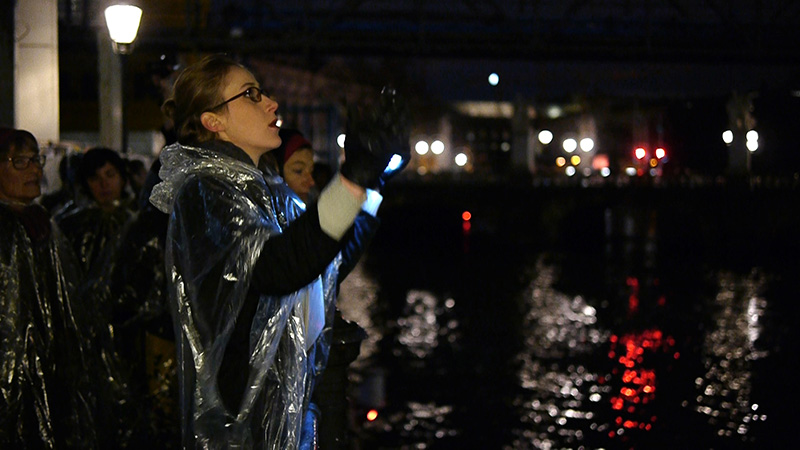 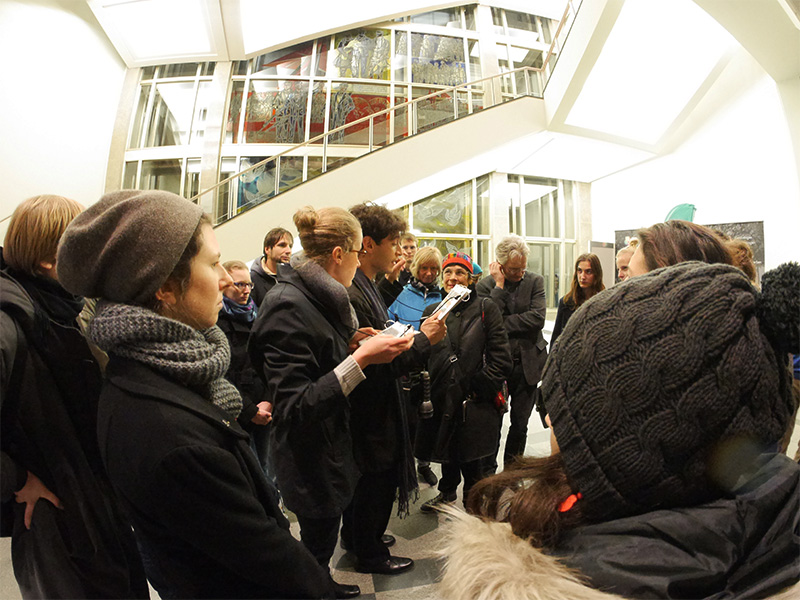 A collaboration with the Maxim Gorki Theater, organised by Shermin Langhoff and Aljoscha Begrich, Çağla İlk and Antje Weitzel